All experience gift vouchers can be sent to the recipient (or purchaser) via e-voucher or a printed copy with a hand written personal message and presented in a stylish presentation package. Most gift vouchers are valid for 12 months (unless specified) and can be exchanged for another gift voucher of equal value at no cost. Not sure which of these amazing experiences they would like – Purchase a $V voucher and let them choose their own experience! You will always be remembered for giving them a day out they will always remember! 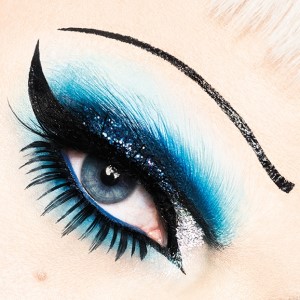 Theatre Tickets  – Auckland Theatre Company (2 people)  –  Enjoy an evening for two at  the Auckland Theatre Company's Musical production of Hedwig and the Angry Inch. Auckland Theatre Company is Auckland's premier professional theatre company established in 1992. ATC presents a season of main stage plays each year as well as running a highly regarded creative learning programme. In 2016 ATC took up residence at the ASB Waterfront Theatre in Wynyard Quarter. Your voucher entitle you to two tickets to the Auckland Theatre Company's production of the ASB Season Musical: Hedwig and the Angry Inch – Rapturously received since its off-Broadway debut, Hedwig & the Angry Inch rapidly stormed the world with its film adaptation and a recent Tony Award-winning stage revival featuring Neil Patrick Harris. Now, it’s Auckland’s turn to discover the hilarious charms and unforgettable music of Hedwig up close. From East Berlin to Times Square, Hedwig has travelled the world in pursuit of her rock-goddess dreams — only to have her protégé, Tommy Gnosis, steal her songs and ride them to stadium-sized glory. A darkly humorous tale about sacrifice, gender and love in all its forms. Come wrap up our season in shimmering, soaring style with John Cameron Mitchell and Stephen Trask’s landmark musical spectacular. (Thigh-high boots, gold lamé and wigs are firmly encouraged.) Music and Lyrics by Stephen Trask.  Book by John Cameron Mitchell. Season runs: 10th November to 29th November. Full dates and times can be viewed on the Auckland Theatre Company website – www.atc.co.nz

Gift booking is subject to availability of seats on their preferred night, but booking early should prevent any issues.

There are no reviews yet.